It makes sense in theory…

You fire up your stream and 2,000 followers are alerted that you just went live.

The flood of regulars start pouring into your stream and your viewer count jumps from 25, to 50, to 200.

They keep coming in as you stream because they find you in their follower list.

Isn’t it what the top streamers do?

They have thousands or millions of followers and surely those convert into live viewers every time they are on. 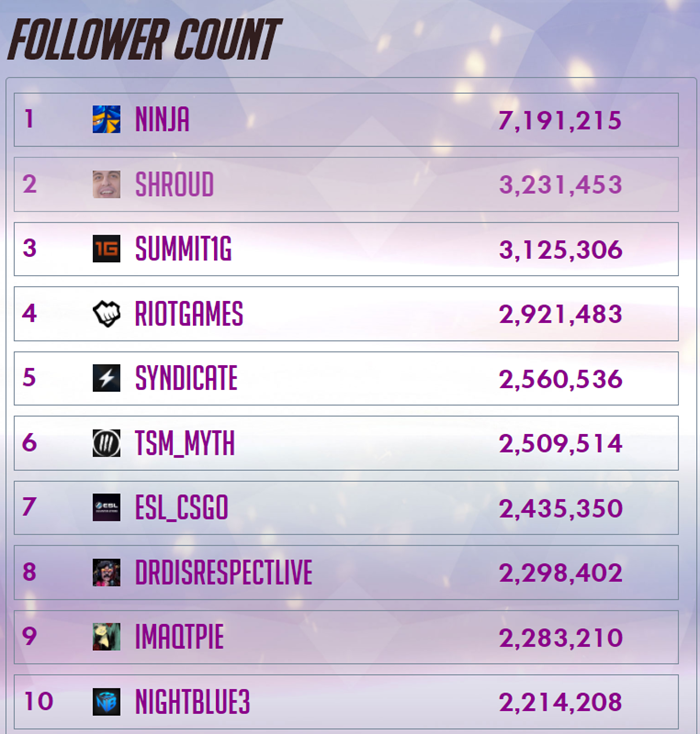 So you focus on getting thousands of followers. Because followers translate into viewers, right?

Your eyes light up as you see how easy it is to boost that follower account.

Sometimes you have to sacrifice a little bit of dignity if you want to achieve your goals in life right?

So you spend hours following other streamers.

Wait a minute… some of these goons aren’t following me back. And some of them even unfollowed me!

Whatever! My follower count is still sky-rocketing and my next stream is going to be the biggest yet.

You’ll just have to get more aggressive with your follow for follow. Let’s go find even more streamers and spam them with my F4F offer.

Then you find groups of people doing F4F exclusively.. 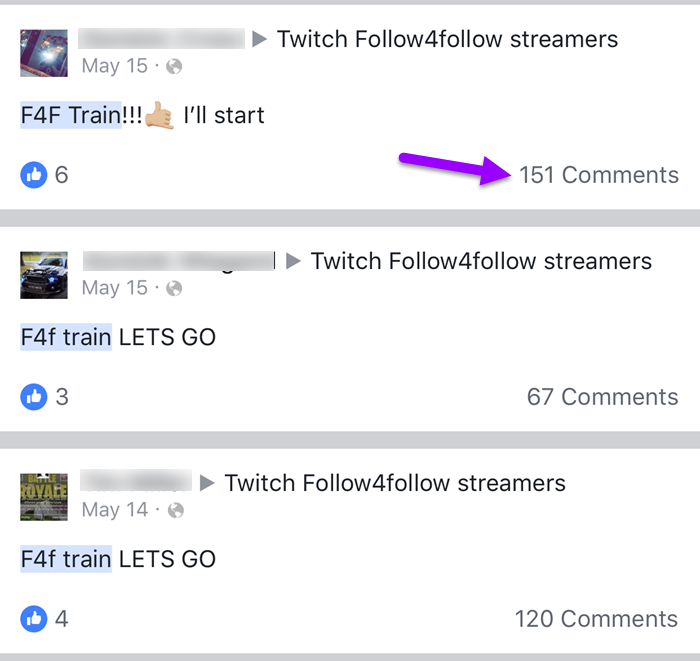 Surely I’m going to be the lucky one compared to the other 150 people and get this guys attention. I’m just that good of a streamer.

And then reality hits…

You fire up your next stream and realize that even with an inflated number of followers… your viewer count is still struggling.

But you’re doing everything right.

You got so many followers. And all those other streamers are doing it too. So that must mean I’m just unlucky. What’s going wrong?

In all reality all you’re doing is boosting a stat for vanity sake. Because at the end of the day it means nothing.

You’ll be mixed in with other streamers who are trying to collect dozens or hundreds of followers using follow for follow. 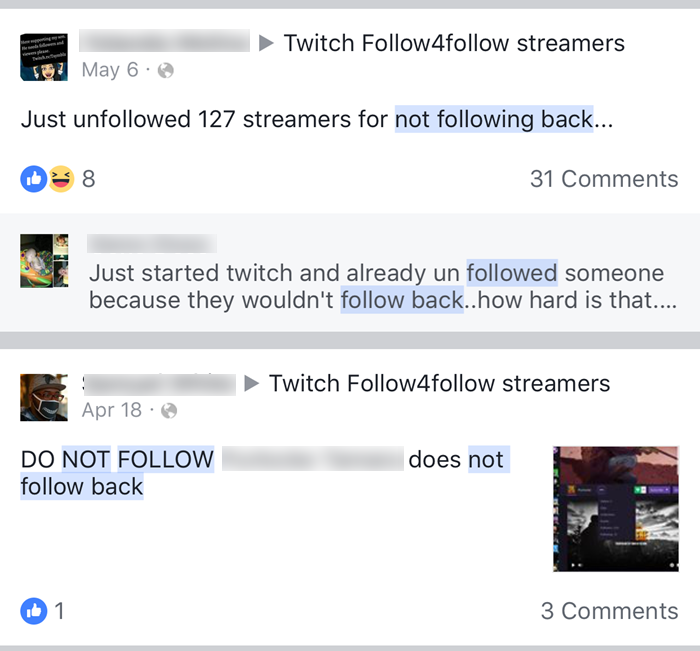 That means if they even follow you back, their follow feed is going to be cluttered with hundreds of other streamers. Which indicates they have no intention of using it to actually find streamers to tune into.

Let me say it more clearly:

Other streamers are NOT your audience.

Some of them may be inside your “target audience” but most of them just want to stream and build their own audience. So you should focus on networking with them, NOT turning them into a viewer.

And that brings me to my next point:

One popular way to network with other streamers right now is to join in and participate in their streams.

If you are following hundreds of people, then you’re going to clutter your followers list yourself. Making it an extremely annoying process to keep tabs on streamers you’re networking with and participate in their stream.

What if you want to host someone at the end of your stream? Good luck scrolling through your followers list on short notice to find the few people you’re networking with.

I’m a huge fan of being an aggressive marketer.

But you never want to do it at the cost of alienating your audience or potential partners.

Most streamers are completely against it and will write you off if you come to them with a F4F offer.

These people are the smart streamers, the ones who are growing their stream organically. And those are the people you want to potentially partner up with. Meanwhile you’re burning a bridge because you’re spamming them.

Don’t be that guy. 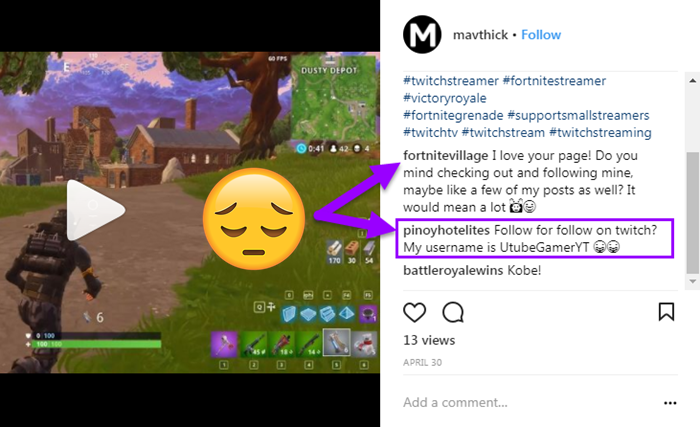 Simply put… it’s a low effort strategy that gets low effort results. At best you’re wasting time. At worst you’re burning potential partnerships that will never look at you the same again.

There’s a chance that some of you want more followers for the sake of looking more successful, or professional if you have a lot of followers. But the average viewer (the one you want viewing your stream) only pays attention to three factors:

Very rarely will they see or hear about your follower count unless you advertise it.

And even streamers will be able to tell quickly that you have a bunch of fake followers when they see your concurrent viewer count.

I’d rather have money in my bank or viewers showing up to my stream, than a hollow account that looks cool because you have hundreds of followers.

And the time you’re wasting with F4F can be spent implementing real marketing strategies that can grow your stream with REAL viewers.

The time you’re wasting with F4F can be spent implementing real marketing strategies that can grow your stream with REAL viewers.Click To Tweet

Just remember that followers are NOT a metric for success. Live viewers, paying subscribers, and an engaged audience are the only thing that matters.

Focus your time on what matters.

You’ll find much better results by reaching out to your audience (note: not other streamers) and asking them to participate in your stream.

And you’ll stop being a part of the massive bane on the Twitch streaming community.